On May 6, Rev. David Andrus received a double honor. Concordia University, St. Paul, Minnesota, asked Andrus to deliver the commencement address for the graduation ceremony. This was special, as Andrus graduated from there 35 years prior.

Here are a few highlights from the commencement speech he delivered. We are hoping to receive and post an audio version soon.

I lost my sight at age 11. My parents were supportive and encouraging.

While at Concordia, a professor encouraged me to be a pastor. He believed in me so much that he learned Braille so that he might teach me Greek himself. And so I learned Greek. And so I became a pastor.

Thirty-five years ago, I looked to the future and, like you today, I was excited for what might be. Yet that was and is very scary. Life has uncertainties. We may have plans, goals, but then things happen. And for me it was my blindness

Like you, I learned many things here at Concordia.
In Math, I learned how to think logically.
In Science, I learned to think a problem situation through to a solution.
In English, I learned that humanity is resourceful.
In Art and Music, I learned there is enjoyment in the midst of hardships.

I also learned, it's not about me. It's about service to others. Even more than that, you and I have learned here at Concordia about faith. Trusting in God has great value.

So thank you, Concordia, for 35 years ago. Thank you for today.

Set your dreams, hold to goals, work hard, be thankful.

When the commencement speech was over, the second honor came. Andrus stepped back from the podium and a doctor of letters was bestowed on him. This honorary doctorate was given for his many years of work and service for people who are blind in the kingdom of God. 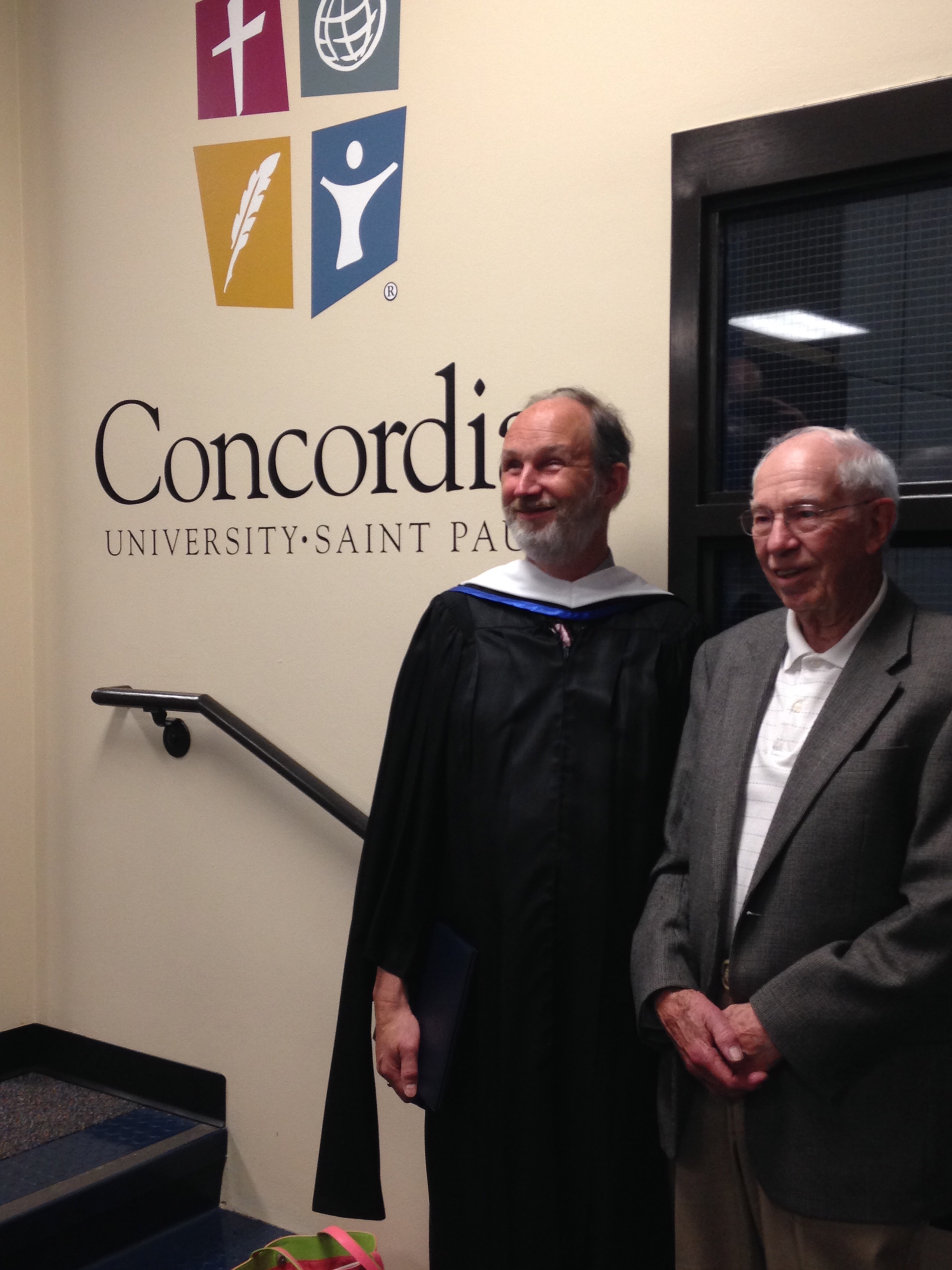 In the picture we have Pastor Dr. Dave Andrus and his Father in front of the Concordia logo painted on the wall near the stairs.