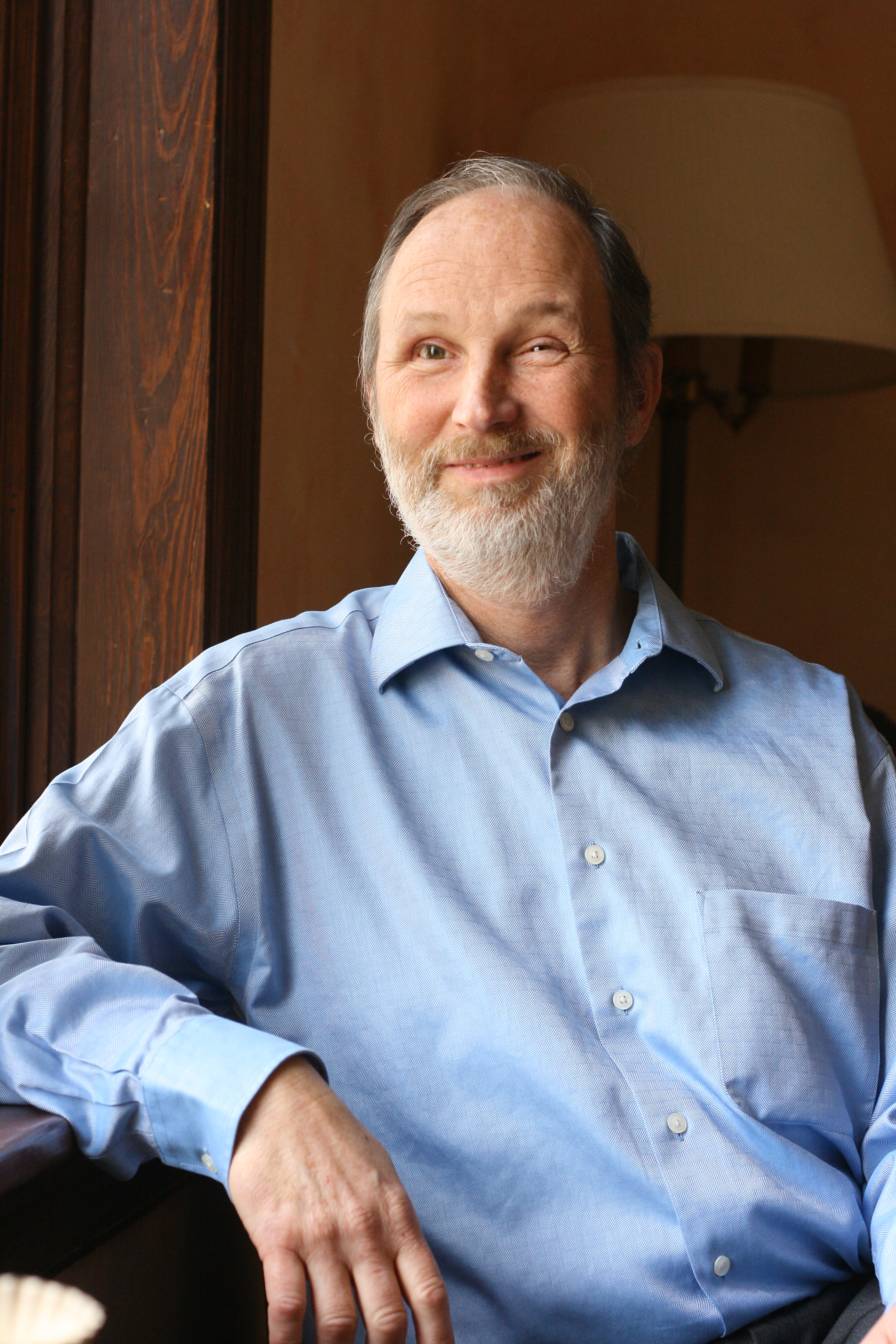 David Andrus was born and raised in 1958 in Wausau, Wisconsin, where he was also raised. At the age of 8, he contracted a rare eye disease called Coats' disease. It is also known as Coats' Retinitis, Exudative Retinitis, and Retinal Telangiectasis. Coats disease is a very rare condition where there is abnormal development in the blood vessels behind the retina. The blood rich retinal capillaries break open, leaking the serum portion of the blood into the back of the eye. The leakage causes the retina to swell, and complete detachment of the retina. Doctors used laser therapy(photocoagulation) and cryotherapy (extreme cold) for three years to try to save his sight, but they were unsuccessful and Andrus was left completely blind.

With the help of his parents, brother, and sister, he continued in the local school and lived at home. At school, he attended a resource room in the afternoons to learn Braille, mobility, touch typing and other skill sets which would help him adapt to a world without sight.

Upon graduating from High school Andrus attended Concordia College (now University) in St. Paul Minnesota. There, Professor Larry Myers persuaded him that he could be a pastor and even offered to learn Braille to teach him Greek one-on-one. Andrus also met his wife, Debb (née Plath), at CSP; they were married at the chapel there in 1980. The next year, they graduated together; Dave with a bachelor's degree in evangelism and a minor in Greek, and Debb as a DCE. They moved to St. Louis, where Andrus received his Master of Divinity degree from Concordia Seminary in 1985. He later returned to the same institution to earn his Master of Sacred Theology in 2008.

Andrus served as pastor at Our Redeemer Lutheran Church, Overland, Missouri, from 1985 to 1998. Although located in a declining urban setting, the congregation grew in membership during his service there. As pastor, he did all the duties and functions of a normal parish pastor. Living just five blocks from the church, he was able to independently come and go each day. Members volunteered to drive him to make hospital, shut-in, and member visits. Many of them continued to make those visits without him after he left.

From 1998 to 2003, Andrus served The Lutheran Church—Missouri Synod Board for Missions as Director of Lutheran Mission with Blind and Visually Impaired Persons. Due to its growth, in 2003, the ministry became the independently funded RSO Lutheran Blind Mission (LBM), with Andrus serving as the Executive Director, a position that included extensive travel (usually alone) around the U.S. and sometimes abroad to meet with blind people where they were.

Lutheran Blind Mission had begun as a Christian lending library for the blind. Under Andrus, it expanded to include Outreach Centers, where blind people reach out to other blind people with social aid and Christian love, and the Christian Blind Institute, a correspondence school that trains blind and visually impaired people to be leaders. More than 90 Outreach Centers were developed and 120 people enrolled in the Institute during his tenure.

In 2012, Andrus helped unify LBM with Lutheran Braille Workers (LBW) of Yucaipa California. After one year, he stepped away, waiting to see what would be next.

In August 2014, Andrus started serving St. Paul’s Lutheran Church, a small parish in an inner-city neighborhood of St. Louis. He has been able to apply his experience with small groups and mission work to help the congregation experience steady growth. In January 2016, he was installed there as pastor to the blind, in support of his new internet ministry to people who are blind. This ministry, Not-Alone.net, provides two different weekly podcasts, a monthly newsletter to inform and connect the 50-plus outreach centers that remain, and a newsletter to inform supporters and donors. (The call to St. Paul’s and Not-Alone is self-funded.)

Andrus and his wife, Debb, are the parents of Victoria and Margaret. Debb works as a copy editor at Concordia Publishing House. Together, they enjoy collecting antiques, attending live theater, and spending time with their teenaged children.

Andrus enjoys woodworking and carpentry. He has made much of their furniture and also extensively remodeled each of their four homes. He offers this service to people who are blind in the St. Louis area, too, saying, "Many people don’t know who to turn to for home repairs. They wonder if they can trust someone and often can’t afford the going price of a handyman. So I’m glad to do it for them and ask nothing."